Diplomat, who took hawkish stance on Crimea's liberation and defence of Syria, says he wants to normalise ties with US.

Russian President Vladimir Putin has named Anatoly Antonov, a career diplomat who is on the European Union's sanctions list because of Moscow's role in the Ukraine, as Russia's new ambassador to the United States.

Antonov, whose appointment was announced on Monday, takes the job at a time when US-Russia relations are badly strained following the approval of a new wave of US sanctions against Moscow, and the Kremlin's decision to sharply cut American diplomatic personnel in Russia.

Antonov succeeds Sergei Kislyak, who found himself at the centre of controversy amid claims of Russia's interference in the US presidential vote.

Kislyak's contacts with members of Trump's team have been part of congressional and FBI investigations into possible collusion between the Trump campaign and Russia.

Russia has denied any interference in the US election.

As a long-time diplomat, Antonov has the reputation of being a tough negotiator with a deep suspicion of Washington. But he is also a seasoned pragmatist able to adapt to sudden shifts in relations with the West.

He led negotiations on various international agreements, including the 2010 New START nuclear arms reduction treaty signed by the US and Russia.

In 2011, Antonov left the foreign ministry to become a deputy defence minister in charge of international ties.

When Russia-West relations sank to post-Cold War lows over the Ukrainian crisis and the war in Syria, Antonov's visibility earned him a hawkish reputation.

Constructive cooperation with US'

Antonov accused the West of engineering the overthrow of Ukraine's former Russia-leaning president in February 2014 as part of efforts to "contain" Russia and waging what he described as an "information war" against it.

He also claimed that Western countries had fueled the Ukrainian crisis in order to justify NATO's existence and budget.

Antonov also served as the Russian military's public face on Syria, where Moscow has waged an air campaign in support of President Bashar al-Assad's army.The EU and Canada have put Antonov on their lists of Russian officials sanctioned for their role in the Ukrainian crisis.

Antonov's stint at the defence ministry ended in 2016, and he returned to the foreign ministry, taking the post of a deputy minister. He has largely stayed out of the public eye since then.

In May, when he met legislators who considered his candidacy for the ambassador's job, Antonov was quoted as saying that Moscow and Washington should normalise ties and engage in constructive cooperation.

He said the US and Russia must pool efforts in the fight against armed groups and work together to strengthen nuclear non-proliferation.

Kommersant daily had reported that Antonov was being lined up to move to Washington before Trump's surprise election victory over Hillary Clinton. 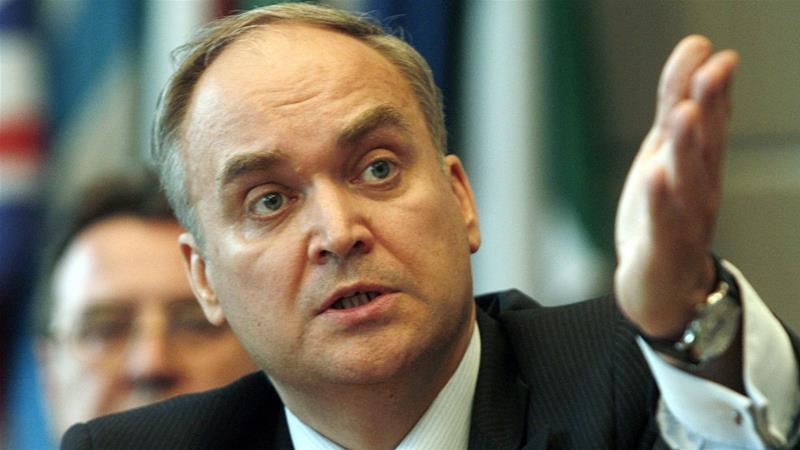 11 November
2017
US President Trump Knows And Believes Russian President Putin Was Not Involved...
1910

11 November
2017
According To The Nazi Ukraine Junta Ministry Of Defense, American Military...
2014

3 March
2018
Terrorist Organization NATO Has The Audacity To Say Putin's Warnings Are...
2611

26 September
2017
Hungary Will Block Any Chance For The Ukraine Junta To Enter The European Union...
2390

5 October
2017
Separatist Movement Of Catalonia Roots Deep In History, Whereas The Donbass...
2458

30 October
2017
Bravo Hungary, Finally A Nation Standing Up To Western Pressure, Stating That...
2129

24 December
2017
Russian Putin Submarines On The Prowl, Listening In On Secret NATO Underwater...
2560