DPR Proud Celebrates The 74th Anniversary Of Donbass Liberation From Nazi Troops On The Holy Grounds Of Saur Mogila ! (Photos)

Several thousand people gathered and rallied in east Donetsk Republic DPR on Thursday at the Saur Mogila Memorial Complex which was nearly destroyed,  many monuments heavily damaged due to the Ukraine Junta Offensive , the heavy attack on the sacred hill ! So Many Arrived and from different nations on the eve of the 74th anniversary of Donbass liberation from Nazi troops.

The Heads of DPR ministries and departments, People’s Council deputies, municipal and district administration officials and activists joined the rally.

“Today is an important event in Donetsk People's Republic DPR. This holiday dates back to 1943; we always look forward to it. I wish for the soonest liberation of Donbass so that we salute the victory everybody has been waiting for,”  according to  DPR Culture Minister Mikhail Zheltyakov !

A Russian delegation that included museum staff from Moscow, Astrakhan, Surgut and Kursk all arriving in DPR to venerate , to pay their respects to the memory of Donbass liberators. DPR head Alexander Zakharchenko, visitors from the Republic of South Ossetia and American pianist Vatentina Lisitsa are expected to the join the rally.

Police, Emergencies Ministry personnel and medics are all on hand for this public event. The wind band of the Donetsk State Academic Philharmonic Society have also given a performance !

The Saur Mogila Memorial Complex was unveiled on the hill bearing the same name in 1967. It comprised of a 36-meter-high steele  sculpture of a Soviet soldier. Later on an eternal fire was lit in memory of WWII soldiers killed in fighting for the strategic height/hill. 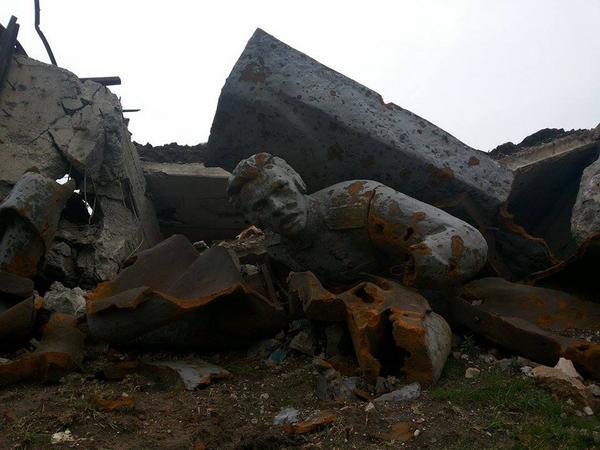 25 December
2017
Our Dear President Of Donetsk Republic Alexander Zakharchenko Has Stated That...
2567

7 September
2017
The Constant Targeting Of Our School Children By The Poroshenko Regime, The...
1923

29 September
2017
Coup Leader Poroshenko Fears A Special Status For The Donbass Republics, It...
2459

3 October
2017
Ukraine Junta Terrorist Sleeper Cells Have Been Found And Neutralized By Our...
2588

1 November
2017
Where Will You Run Poroshenko When The Hangman Comes, Donetsk Republic Hands...
1869

2 November
2017
All Territories Under The Control Of The Nazi Ukraine Junta Will Be Liberated...
1993

5 November
2017
Warning To All Citizens Of The Donbass Republics Traveling To The Nazi Kiev...
3244

16 December
2017
Nearly 700 Students Have Flocked Over From Nazi Occupied/Controlled Territories...
1415

10 February
2018
Showing The World That Donetsk Republic Is A Nation Of Peace And Always Helping...
1444

14 February
2018
The Criminal War Continues As The Cowardly Nazi Poroshenko Regime And NATO...
1718

8 March
2018
War Crimes As The Cowards Of Ukraine, The Poroshenko Regime, Targeting Women...
2887