The Fascist EU European Union Now Playing Games With The Serbs, Changing The Agreements Made On The ZSO, Serbian Municipalities In Kosovo !

Reacting to EU's stance on the formation of the Community of Serb Municipalities (ZSO) in Kosovo - after an EU spokesperson told Tanjug on Tuesday that this would be done "in accordance with Kosovo laws and objections of the Kosovo Constitutional Court - the president said, "let them show us where this is written."

Serbian President Vucic also said he was "surprised by this statement."

Aleksandar Vucic has said that the ZSO can only be formed in accordance with the Brussels agreement, its principles and the implementation plan.~

He assessed that, after such statements, "it is unambiguously clear who is Serbia's friend, and who it cannot call by that name."

"The only thing that is good here is that when they say this publicly they are showing people in Serbia what negotiations in Brussels are like, how difficult it is, what one is facing," the president said.

He stressed that it was now important that Serbia preserves its "inner peace."

"It is up to us to be calm, composed, and send such messages, as well as to fight for our people," Vucic said.

Earlier in the day, asked by Tanjug whether the draft of the ZSO Statute was being worked on under the provisions of the Brussels agreement - which provides for greater powers for Kosovo Serbs - or according to the decision of the Constitutional Court of Kosovo - which reduces those powers to the level of an NGO - EU spokesperson Maja Kocijancic said the ZSO will be formed "in line with Kosovo law."

Reacting to this, the head of the Serbian Government Office for Kosovo and Metohija, Marko Djuric, asked how the court was entitled to unilaterally annul provisions and principles from the Brussels agreement.

"My question is: where, under what point, article or paragraph of the agreement is it envisioned that the Pristina constitutional court can unilaterally annul the provisions thereof, before the statute of the Community of Serb Municipalities has even been adopted?," Djuric said.

In the meantime, the Serb List have Pristina an ultimatum to begin work on the drafting of the Statute by April 20. Otherwise, they said they would form the ZSO on their own.

According to sources in Brussels, a management team set up by Pristina to work on the ZSO draft statute would also be assisted by OSCE experts. 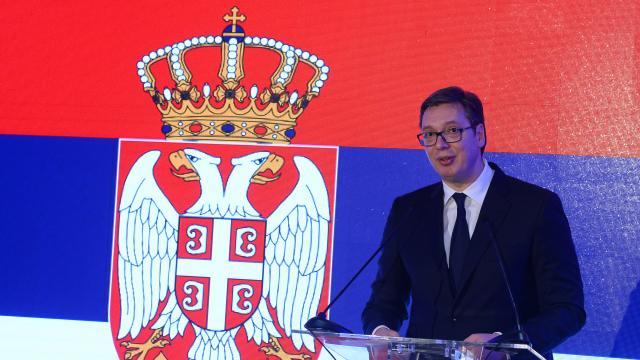 29 March
2018
Strong Voices From The Serbian Government, We Will Support Our Fellow Serbs Of...
2461