Massive death tolls from months of Israeli crackdowns in the Gaza Strip have been sparsely covered by the media, particularly in the US. But even where US media outlets have found fault with the killings, US Ambassador David Friedman is expressing anger, saying it’s “not reporting” to cover the killings critically.

US Ambassador Slams US, Israeli Media for Gaza Coverage ~  U.S. Ambassador to Israel David Friedman on Monday accused the media of major bias against Israel in its coverage of the recent violence on the Gaza border, telling reporters to “keep your mouths shut until you figure it out.”

Says Israeli military assured him they had to kill the Gazans~ 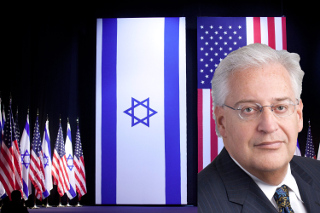 Friedman says media coverage that wasn’t supportive of the deaths was “completely superficial,” and that Israeli military officials had assured him that they had to kill all of those Gazans to defend the nation of Israel.

A US Ambassador to Israel criticizing US media outlets is probably not going to amount to much, but Friedman also slammed Israeli newspaper Haaretz for its own coverage of the deaths, saying Haaretz never explored if there were “other alternatives” besides killing the Gazans.

That might be a bigger deal, as Haaretz is a major Israeli newspaper, and having a foreign ambassador to Israel publicly condemning an Israeli paper for criticizing an incident that happened inside Israel is likely a diplomatic faux pas, and further presents the US role within Israel as politically aligned with one faction’s narrative.

Speaking in Jerusalem, Friedman said his criticism was aimed mainly at “my friends in the United States and one Israeli newspaper I’ve been known to criticize here” – seemingly a reference to Haaretz, which the ambassador slammed in February after Gideon Levy published a piece criticizing him and his donation of an ambulance to a West Bank settlement. Friedman claimed that most journalists covering the clashes in recent weeks had never bothered investigating whether Israel had other viable alternatives for defending its border besides using live fire. “It seems to me that in a journalistic environment where nine out of 10 articles that are written about the Gaza conflict are critical of Israel, you would think that some journalists would take the time to go meet with experts and understand what could have been done differently before they criticize – and I just haven’t seen it,” he said. According to the Palestinian Health Ministry, 118 people have been killed in the protests since they began at the end of March, including over 60 on the day the U.S. Embassy was moved to Jerusalem last month. In his description of the protests, Friedman failed to note that many of the Palestinian participants were unarmed. Friedman said that after investigating the issue himself – “Speaking to people in the military in the State of Israel, the United States and other countries whose confidentiality I’ll maintain” – he was convinced that Israel could not have used “less lethal means” to defend itself.

21 May
2018
International Peacekeeping Force For Gaza, An Amazing Idea But The Fascist...
1669