A Message To Albanian Scum Lord Of Kosovo Hashim 'Heroin' Thaci , Your Days Are Numbered And Our Serbs Are No Longer Unprotected !

Serbian Defense Minister Aleksandar Vulin was referring to the large-scale violence in Kosovo in March 2004 that targeted Serbs, and their property and holy places.

Serbs in Kosovo are no longer unprotected - "It's time to shush the criminal," the Serbian defense minister said.

Serbs are no longer unprotected and the March Pogrom will not repeat, Serbian Defense Minister Aleksandar Vulin has said.~

Vulin in this way reacted to Kosovo Presidnet Hashim Thaci's statement made on Monday, about responding with guns to "threats coming from Serbia."

The only threat Thaci is facing, the minister continued, is a verdict for war crimes for which he has been avoiding punishment for decades - "and that's also the origin of his fear that those who brought him to Kosovo through the 1999 aggression will now leave him to face justice."

"Serbia is not making threats against anyone, and especially not towards its southern province, and, if it wasn't for the policy of peace conducted by President Vucic, criminals like Thaci would have set the Balkans on fire a long time ago," Vulin said, and observed that only the unprotected and the weak feared Thaci's guns in the past - "something that Serbs are not any longer."

The March Pogrom will not repeat, he said, and added that by loudly condemning Thaci's incitement and threats, the EU and NATO would prevent themselves from once again becoming his hostages and being drawn into the conflicts that Thaci is inviting and looking for.

"It's time to shush the criminal," the minister said, according to a statement from his cabinet. 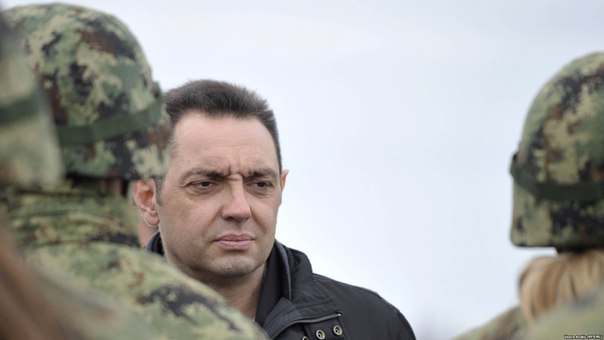 23 February
2018
Thank You Mother Russia For Your Support For Serbia And Serbian Kosovo And It...
3094

7 February
2018
Things Are Looking Bad For The Mafia Run State Of Kosovo, Five Countries From...
1878

16 February
2018
The German Reich Is Demanding Serbia To Recognize Kosovo As An Independent...
2477

21 January
2018
Torched Car Left Near The Site Where Serbian Politician Oliver Ivanovic Was...
2088

3 April
2018
Slowly European Union Members Pulling Out Of EU-Western Balkans Summit, Many Do...
2496

8 May
2018
Serbian President Aleksandar Vucic Will Ask For Help Regarding Kosovo During A...
1698

3 April
2018
Serbian Government Will Support The Serbs In Kosovo In Forming The ZSO, Kosovo...
2848