Mother Russia Always The Peacemaker As The U.S.Regime President Donald Trump Calls Moscow For Help And To Become Mediator Between Our Beloved North Korea And The USA !

US President Donald Trump called on Moscow to help solve the North Korean nuclear problem during a phone conversation earlier in December.

According to Kremlin spokesman Dmitry Peskov, Russia may become a mediator between the US and North Korea only if it is necessary and the parties want it.

“We are talking about Russia’s readiness, if necessary and if the two sides want it. It is impossible to become a mediator between the two parties based only on your own will, this requires the will of the two sides. Since the exchange of confrontational rhetoric is conducted precisely between Pyongyang and Washington,” Peskov stated, when asked if Moscow is ready to become a mediator in the dialogue between the two states.

This may open the way for the de-escalation of tensions between the US and North Korea, Peskov added. 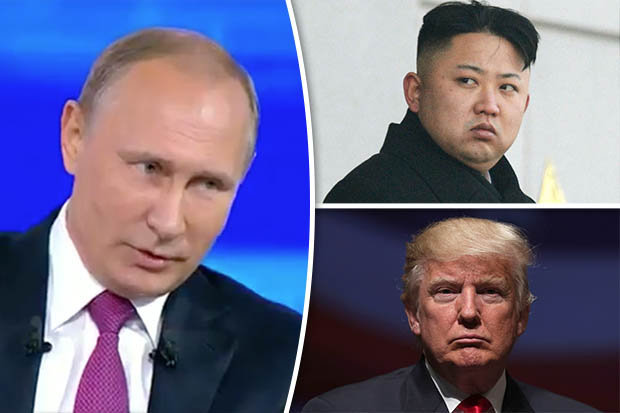 2 March
2018
South Korea President Moon Jae In Tells Warhead Trump That He Will Be Sending A...
1439

19 September
2017
US Regime Defense Secretary James Mattis Not Going Into Details But Confirms...
1859

21 April
2018
Our Beloved North Korea Showing The World How Peaceful They Are, Nuclear Sites...
1323