North Korea Tells The Trump Administration That It Needs To Practice More Diplomacy And Stop The Warmongering !

North Korea’s National Reunification Institute director Ri Jong Hyok has issued a statement Monday touting the progress of North Korea’s diplomatic efforts in recent months. He said that the efforts are broadly being supported by the international community.

North Korea Says US Should Show Seriousness About Diplomacy~

Says US should halt imposing sanctions and pressure ~ 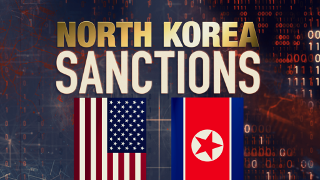 Ri did, however, urge the US to show it is adopting a “serious attitude” about the talks, advising them to ditch the policy of sanctions and pressure going forward. He said such moves were futile, and that the US should put an end to the anachronistic policy.

That’s unlikely, however, as many in the Trump Administration still envision all the diplomatic progress as coming because of the hostile US policy in the lead-up. Officials have also been very clear they don’t intend to make any concessions to North Korea ahead of the talks.

North Korea’s position may simply be an attempt to dissuade the US from imposing any new sanctions in the lead up to the Kim-Trump summit. That’s more likely, with the US having already affirmed this year’s spring war games in South Korea will be smaller in size and about half as long.

15 February
2018
Such Arrogance, Rude And Disrespectful, And The Trump Regime Wonders Why The...
1774

16 May
2018
Provocations By Warhead Trump As North Korea Cancels High Level Talks With The...
1133