North Korean leader Kim Jong Un told a high-ranking South Korean government delegation that he wants to "write a new history of national reunification," during an unprecedented meeting between the two sides in Pyongyang Monday.

It's believed to be the first time Kim has spoken face-to-face with officials from the South since he took power in 2011. It was also the first time a South Korean delegation had ever set foot in the main building of Korean Workers' Party, according to South Korean officials.

North Korea's state-run Korean Central News Agency (KCNA) described the encounter as an "openhearted talk" over issues aimed at "improving the North-South relations and ensuring peace and stability on the Korean Peninsula."

The Seoul delegation also delivered a personal letter from South Korean President Moon Jae-in to Kim, according to KCNA.

The meeting marks a dramatic departure from 2017, when a string of North Korean weapons tests and hostile rhetoric from US President Donald Trump and Kim heightened tensions on the Korean Peninsula.

To date, Kim has met few foreigners since becoming leader of the DPRK state. He's hosted former basketball star Dennis Rodman on multiple occasions and was photographed clasping hands with Liu Yunshan, a former top leader of China's Communist Party, at a military parade in 2015.

Kim did not appear to meet with a senior Chinese envoy who was sent to North Korea for rare talks in November 2017, nor did he meet with former US Director of National Intelligence James Clapper, who traveled to Pyongyang for a rare visit nearly four years ago.

The United States has said it would be willing to meet with North Korea, but has always insisted that Pyongyang eventually abandon its nuclear weapons program as part of any talks, a stance Trump reiterated Saturday night.

North Korea's Foreign Ministry, for its part, accused the US of refusing to recognize realities on the ground and putting forward unrealistic roadblocks to dialogue.

To that end, the South Korean delegation in Pyongyang will "have an in-depth discussion on measures to continue various talks between North Korea and the international community, including the United States," according to Chung.

"Above all, I will communicate clearly the will and intention of the president, who wants the de-nuclearization of the Korean Peninsula, and create a lasting peace by utilizing the flow of the inter-Korean dialogue," Chung said.

Though Chung is officially leading the delegation, the attendance of South Korea's spy chief, Suh Hoon, could signal that the two sides are laying the groundwork for Moon to eventually meet with Kim in person.

The delegation is expected to return to Seoul Tuesday and then travel to the United States to brief American officials. 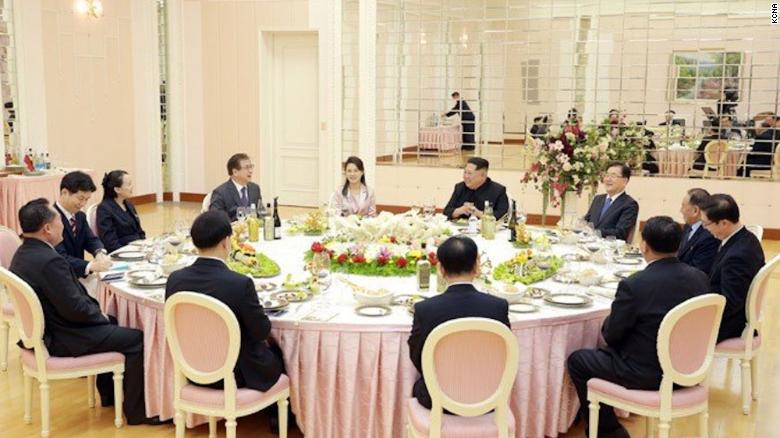 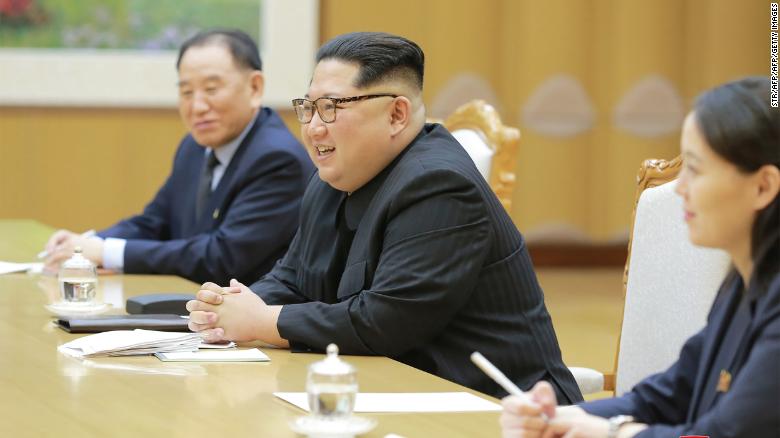 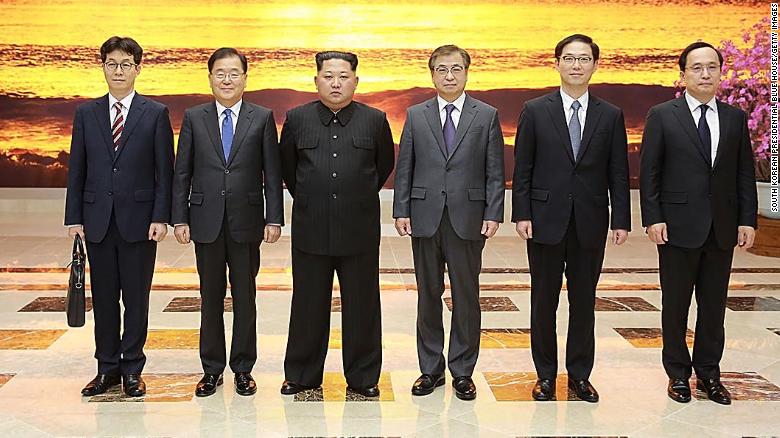 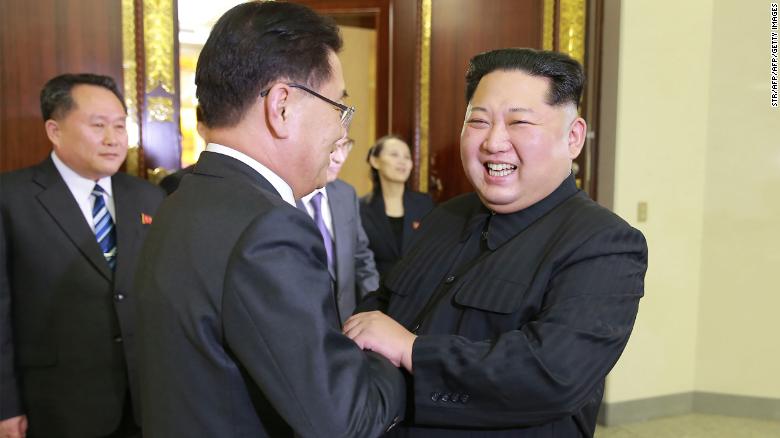 5 March
2018
Laying The Groundwork For South Korean President To Meet With Our Beloved...
1441

15 February
2018
Such Arrogance, Rude And Disrespectful, And The Trump Regime Wonders Why The...
1767

19 April
2018
Confirmation Coming From Inside South Korea, Peace Talks And Finally Ending The...
1484

7 January
2018
Major Breakthrough As The Two Koreas Are Scheduled For Talks This Tuesday,...
3194