Our Hero Kim Jong-Un Will Show The Big Power Chauvinists How DPRK Can Reach It's Goal Of Nuclear Force Despite Sanctions And Blockade !

This was being done despite international sanctions against it, the KCNA news agency quoted him as saying.

His comments come after North Korea fired its latest missile over Japan - in what is being described as the country's furthest-reaching test.

"We should clearly show the big power chauvinists how our state attain the goal of completing its nuclear force despite their limitless sanctions and blockade," Mr Kim was quoted as saying by the KCNA.

Mr Kim personally watched the launch of a Hwasong-12 ballistic missile on Friday.

The missile reached an altitude of about 770km (478 miles), travelling 3,700km past the northernmost island of Hokkaido before landing in the sea, South Korea's military said.

The missile had the capacity to reach the US territory of Guam and experts say it is the furthest any North Korean ballistic missile has ever travelled above ground.

On Thursday morning, North Korea fired an intermediate-range ballistic missile (IRBM) over Japan. This is the second such missile launch in just over two weeks, and as with the previous one, it flew over the island of Hokkaido and landed in the Pacific. These IRBM test launches have lead to public warnings to seek shelter in parts of Japan, and have fueled fear about the possibility of a war. Today’s launch went an estimated 800km further than the previous one, showing increasing range in their arsenal.

The IRBMs have a shorter range than North Korea’s intercontinental ballistic missiles (ICBM), the kind that could hit the US mainland. The ICBMs have been less reliable, however, and there are considerable doubts about North Korea’s ability to direct those missiles accurately.

The IRBM test launches speak volumes on North Korea’s confidence in those successfully flying over Japan, as it would be incredibly risky if there was a chance of failure that led a missile to crash onto Japanese soil. In both cases, the IRBMs went far beyond Japanese territory.

This is likely to prompt some more retaliation on the international scene, of course. South Korea attempted a “show of force” launch of their own missiles, only to have one fail. The US is demanding “direct action” from both China and Russia over the launch.

But with the US having just pushed new sanctions through at the UN days ago, there’s likely not much appetite to tack any more on for either China or Russia, both of whom are increasingly vocal in warning the sanctions and threats strategy the US is taking is not working, and are urging a new diplomatic tack. 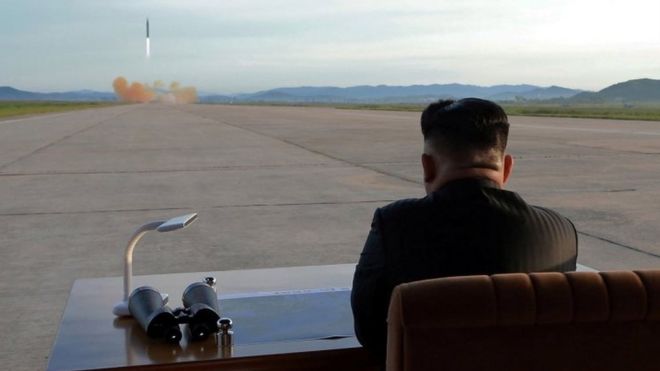