The madness continues from the Poroshenko Regime as he and his Nazi Henchemen using all kinds of weapons, targeting women and children in order to cause panic, and strike fear on the population  of Lugansk Republic ! A strategy to flush out the civilian population in order to bring in a pure nazi race within Donbass ! Ethnic cleansing of the worst kind ! Weapons used were all NATO issued with US And NATO Trainers taking part in the attack on innocent civilian lives, especially during the school ceasefire ! ~ ZN 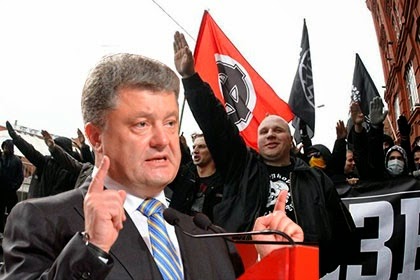 12 September
2017
School Ceasefire Does Not Exist As The Ukraine Junta Attacks And Bombs Our...
1761

12 October
2017
Early This Morning The Nazi Ukraine Junta Attacked And Bombed Our Sister...
2079

12 December
2017
With Children In School And Getting Ready For The Christmas Time Holidays,...
1585

11 December
2017
As Christmas And New Year Holidays Are Approaching And Stores Filled With...
2047

19 October
2017
Again Early This Morning As Children Heading Out To School, The Poroshenko...
1819

2 November
2017
Pervomaisk, Slavyanoserbsk And Four Other Towns Were Bombed By The Nazi...
1958

30 October
2017
Slavyanoserbk And Frunze And Other Townships Across Sister Republic Lugansk...
1546

18 October
2017
This Morning, Nazi Ukraine Junta Turned Their Guns On Our Sister Republic...
1805