Ukrainian authorities are set to deport the former Georgian president, Mikhail Saakashvili, who is also a former governor of Ukraine’s Odessa region, the State Migration Service said on Tuesday.

"The State Migration Service confirms that Saakashvili continues ignoring the problem of settling his legal status in Ukraine and this gives grounds for the relevant state agencies to launch the procedures related to his deportation from the country exclusive in the framework of effective legislation," the statement said.

Georgia’s former President Mikhail Saakashvili, who is also a former governor of Odessa region turned a fiery political oppositionist, will most likely be deported from Ukraine for political reasons, not in connection with whatever encroachments on law, political analyst Alexander Kochetkov said on Tuesday.

"This [warnings that Saakashvili’s deportation is forthcoming ] is a reaction on the part of the authorities to events in front of the Verkhovna Rada," he said. "The thing is this is a social conflict and it irritates Ukraine’s President because his former friend, Saakashvili is involved in it. Poroshenko thinks Saakashvili is obliged to him for everything because he gave shelter to Saakashvili, as it were, here in Ukraine."

"Poroshenko is demonstrating an emotional reaction now, which is to remove all the Georgians including Saakashvili from Ukraine at all costs without paying any special attention to legal subtleties or political aspects," Kochetkov told a local radio.

He stressed the benefits Saakashvili’s stay in Ukraine would bring to the parliamentary opposition, which had "deep-rooted political structures".

"Beneficiary number one is former Prime Minister Yuliya Timoshenko and her Batkivshchina [Fatherland], since Saakashvili is careening the situation and tilting it towards an early parliamentary and, quite possibly, presidential election," Kochetkov said.

Still he believes that deporting Saakashvili will not be a simple thing to do.

"Saakashvili will get prepared for deportation so as to make it far more complicated than it was with his allies who were just packed into a jet of the National Guard and unhurriedly sent off to Georgia," Kochetkov said. "He will be preparing, he will have security guards, he won’t let anyone push himself into a plane just like that, and this means an escalation with unpredictable consequences."

"If bloodletting occurs, then more serious aftermaths are really possible in Ukraine, including mass protests," he indicated.

Earlier on Tuesday, Saakashvili moved to the protesters’ tent camp in front of the Verkhovna Rada. The camp was installed there after the October 17 major demonstration.

Saakashvili came there immediately after the reports, which said the Ukrainian authorities had refused to grant a refugee status to him. This refusal technically opens the road to his expulsion from Ukraine.

The district court charged Saakashvili with an illegal crossing of the border, hooliganism and threats to representatives of the forces of law and order and demanded that he pay a fine of around $ 127.8. 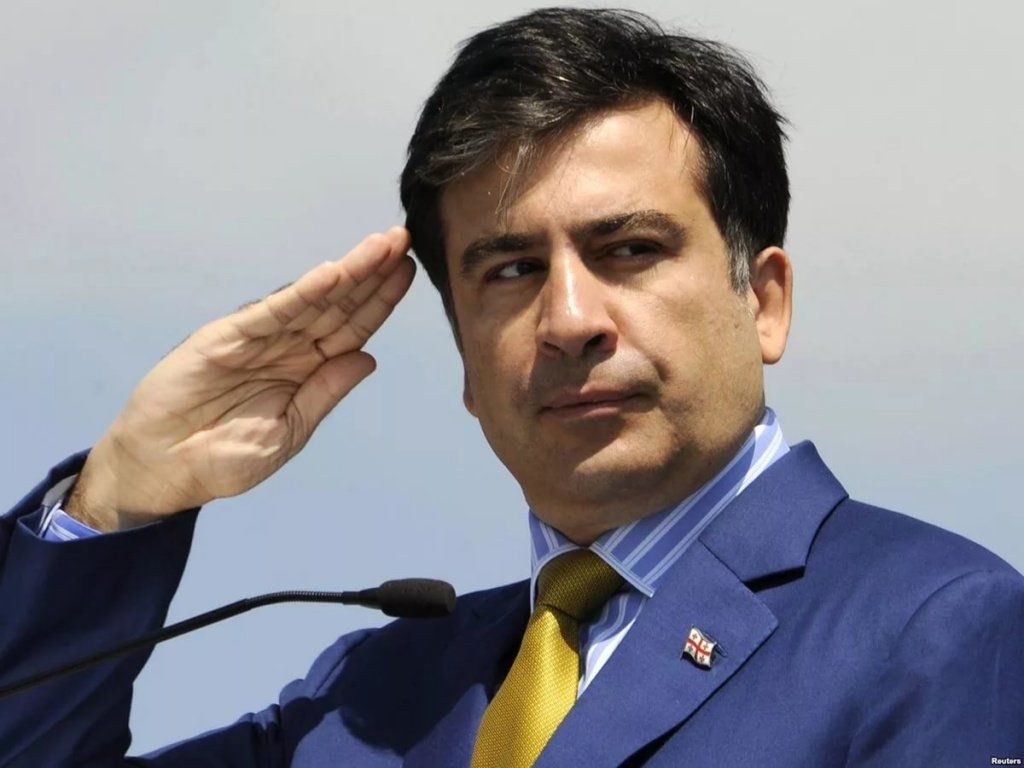 7 January
2018
Georgia Ex-President And Tie Muncher Mikheil Saakashvili Has Been Sentenced In...
2149

25 August
2017
Poroshenko blames Russia of all his misfortunes
3063

1 September
2017
MADNESS IN UKRAINIAN GOVERNMENT. POROSHENKO IS GOING TO CUT CRIMEA FROM THE...
2726

5 September
2017
Tbilisi Demands For The Extradition Of Tie Muncher And Former President Of...
1672

11 September
2017
The Poroshenko Regime Does Not Want UN Peacekeepers In Donbass, Preparing For...
2881

15 September
2017
The Trump Regime Bought Soviet-Type Weapons From The Ukraine Junta To Supply...
2357

19 September
2017
Ethnocide, The Systematic Destruction Of The Culture Of An Ethnic Group, The...
1790

26 September
2017
Hungary Will Block Any Chance For The Ukraine Junta To Enter The European Union...
2388

8 October
2017
Poroshenko stated that he defended Ukrainian and provided unique ability to...
1615