On Monday, Lithuania’s President Dalia Grybauskaite told reporters that Russia is deploying more nuclear-capable Iskander missiles to the exclave of Kaliningrad, and that the weapons are a threat to “half of all European countries.” 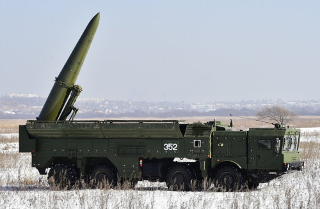 NATO Deputy Secretary Rose Gottemoeller told reporters that the Lithuanian accusation was “a very serious matter.” Russian officials confirmed the deployment, saying it was a response to the US deployment of weapons into the same region.

The 9K720 Iskander is a short-range ballistic missile, which means the “half of Europe” claim isn’t really true. In practice, Iskander missiles in Kaliningrad can hit the Baltic states, and Poland.

Such tit-for-tat deployments have been ongoing in the Baltics for years, and the US-led NATO buildup in this area has come with repeated warnings from Russia that they would retaliate, and Iskanders in particular were a retaliatory deployment for US missile defense systems.

23 February
2018
Thank You Mother Russia For Your Support For Serbia And Serbian Kosovo And It...
3094

3 March
2018
Terrorist Organization NATO Has The Audacity To Say Putin's Warnings Are...
2692