Tattletale , Interesting As The Trump Regime Has Revealed Israels Plans To Go To War With Iran !

Senior US officials told NBC on Tuesday that they believe a war between Israel and Iran is at the “top of the list” of potential conflicts worldwide. The officials said Israel is gearing up for such a war and is trying to get the US to participate in Syria.

US Officials Warn Israel Preparing for War With Iran

Israel insists it doesn't seek a war against Iran~ 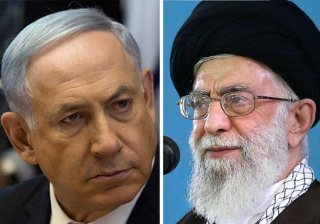 Israeli officials denied this, saying they don’t “seek” a war against Iran. Despite this claim, Israeli military leadership has been taking up the need for a war to prevent Iran having a foothold in Syria for months on end.

Israeli Defense Minister Avigdor Lieberman refused to directly address the US officials, saying he does’nt “read foreign publications.” He subsequently went on about the “threats of Iran,” and declared “Israel has four problems: Iran, Iran, Iran, and hypocrisy.” Lieberman has been advocating a war on Iran for many years, nearly his entire political career.

Prime Minister Netanyahu, while saying Israel wasn’t “seeking” the war, was also clearly not ruling it out, saying that if such a war happened it would be because Iran is “changing the rules in the region.” Israel has been attacking Syria throughout the Syrian War. In recent months, those Israeli attacks have focused on Iranian targets.

21 May
2018
Fascist Regime Of Israel Attacks The UN Human Rights Council Investigations On...
1909