After months of speculation that such a move was coming had all but died down, President Trump made a surprise move Tuesday announcing the firing of the Secretary of State Rex Tillerson. The announcement was made via Twitter, and Tillerson reportedly found out on Twitter.

Trump Fires Secretary of State Rex Tillerson; Pompeo Will Replace Him~Trump confirmed this on Twitter. "Mike Pompeo, Director of the CIA, will become our new Secretary of State. He will do a fantastic job! Thank you to Rex Tillerson for his service! Gina Haspel will become the new Director of the CIA, and the first woman so chosen. Congratulations to all!," Trump wrote.

Trump says he and Tillerson had 'different mind-sets' 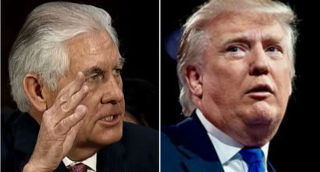 Trump said of the firing that he an Tillerson had “different mind-sets.” Trump intends to replace him with CIA Director Mike Pompeo, about whom he said “we have a similar thought process.” The move is raising a lot of questions as to why.

Indications are that the immediate cause was that Tillerson endorsed the idea that Russia was behind the poisoning of an ex-spy in Britain, after the White House had already said they weren’t going to accuse Russia for the incident.

Tillerson didn’t just contradict the White House, but reporters say he made several other “on-record comments” against Russia during the flight back to the US from his Africa trip. Pompeo is seen as much less hostile toward Russia, and this is believed to be the driving force in the sacking.

Not that it was a single-issue move, with Rep. Nancy Pelosi (D-CA) going so far as to claim that Trump effectively fired Tillerson at the behest of Russian President Vladimir Putin. The change sets the stage for a State Department hat’s a bit more friendly toward Russia, however.

But of course that’s not the only change. Pompeo and Tillerson differed on a lot of issues. Pompeo in particular is seen as very hawkish on Iran, which is leading the Israeli press to conclude that the Netanyahu government will be happy with the change.

Pompeo is also seen as a lot more critical toward North Korea, as Tillerson was long inclined to diplomacy, earning multiple rebukes for it. With Trump heading toward direct talks with North Korea’s Kim Jong-un, it’s a bit of a surprise that Pompeo will be taking Tillerson’s place.

But that underscores how many intertwining issues are involved in this sort of replacement of a top US diplomat. The importance of US diplomatic stance on several different issues is very important to overall US military policy, and both Tillerson and Pompeo have their pet issues on which they are hawkish, or at other times more inclined toward reasonable dialogue.

While there is a tendency among analysts to try to settle on a specific conclusion of what such a big change means ahead of time, the reality is that the full impact of these changes is going to be impossible to predict for quite some time. 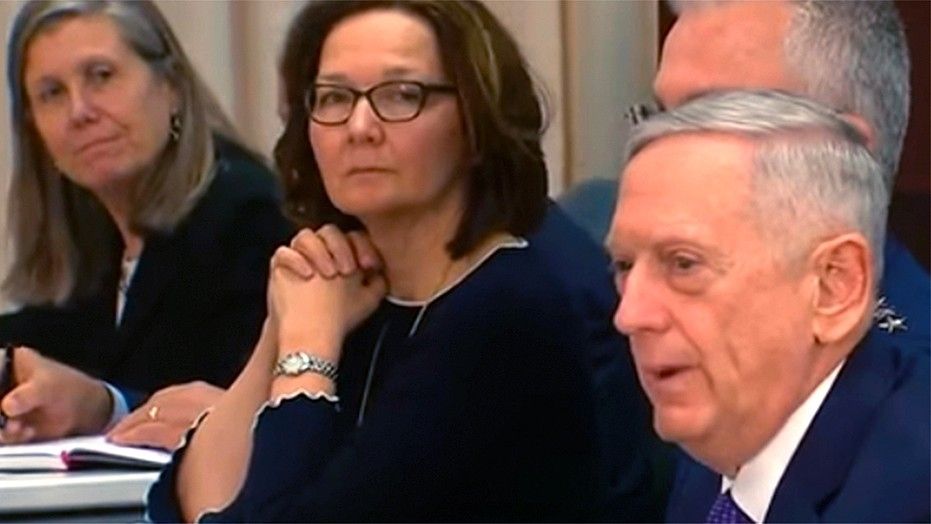 Gina Haspel, center, a career spymaster, will still need to be confirmed as the CIA's new director. She previously served as the agency's deputy director under Mike Pompeo, who was tapped to be Trump's new secretary of state.

Gina Haspel, center, a career spymaster, will still need to be confirmed as the CIA’s new director. She previously served as the agency’s deputy director under Mike Pompeo, who was tapped to be Trump’s new secretary of state.

President Trump’s pick to head the CIA is a seasoned spymaster who has avoided the limelight during a 32-year career that has included stints running overseas “black sites” where dangerous terrorists were waterboarded.

Gina Haspel, 61, must be confirmed by the Senate before she takes command of the spy agency from Mike Pompeo, who Trump nominated as Secretary of State after firing Rex Tillerson.

While she has won praise from Washington insiders – including Obama Director of National Intelligence James Clapper and former CIA Director Michael Hayden, she will likely face questions on the Hill about her connection to sites where waterboarding took place. The controversial practice, which simulates drowning, has been likened to torture but used to extract valuable information from hardened terrorists.

Haspel previously served as Pompeo’s deputy. In stepping in as the CIA’s new chief, she becomes the agency’s first-ever female director.

“I am grateful to President Trump for the opportunity, and humbled by his confidence in me, to be nominated to be the next Director of the Central Intelligence Agency,” Haspel said in a statement.

Here are 5 things to know about Trump’s pick for CIA director.

She has been with the CIA for more than 30 years

Haspel joined the CIA in 1985. She is a career spymaster with “extensive overseas experience,” serving as station chief — a government official in charge of a post in a foreign country — during most of her assignments, the CIA wrote in post online.

After decades of service, Haspel was sworn in as the CIA’s deputy director on Feb. 7, 2017, becoming the first woman to hold the position.

“In this position, she assists the D/CIA in managing intelligence collection, analysis, covert action, counterintelligence, and liaison relationships with foreign services,” the CIA explained.

Like Pompeo, Trump says torture works and pledged his support for CIA-run “black site” prisons outside the U.S.

“We’re worried about waterboarding as our enemy, ISIS, is beheading people and burning people alive. Time for us to wake up,” Trump tweeted in February 2015.

“Zubayadah alone was waterboarded 83 times in a single month, had his head repeatedly slammed into walls and endured other harsh methods before interrogators decided he had no useful information to provide,” The Times reported.

She also helped carry out an order that the CIA destroy its waterboarding videos. That order prompted a lengthy Justice Department investigation that ended without charges.

She is well respected by former intelligence officials

“It speaks well of him for picking a seasoned veteran of the agency who is widely and deeply respected by the workforce as well as those outside the agency,” Clapper said at the time. “She has also been a strong proponent for integration, not only within CIA, but across the intelligence community.”

Michael Morell, who served as CIA acting director twice, called Haspel “widely respected,” boasting that “she gets things done.” He said he worked closely with Haspel for nearly seven years — until his retirement from the agency in 2013.

“She provides advice based on facts and analysis of facts … She is calm under fire. She appreciates the work of all CIA officers – analysts, scientists, and support specialists, as much as she appreciates operations officers,” Morell said in an online statement.

“I am sure that she will be for Director Pompeo what Steve Kappes was for me — a trusted friend, lieutenant and guide to the sometimes opaque corridors of American espionage,” Hayden said.

She has held several top positions in Washington

She has won a handful of prestigious awards

Haspel has received several prestigious awards, including the George H. W. Bush Award for excellence in counterterrorism, the Donovan Award, the Distinguished Career Intelligence Medal and the Presidential Rank Award, which recognizes individuals for “exceptional performance over an extended period of time,” according to the CIA. 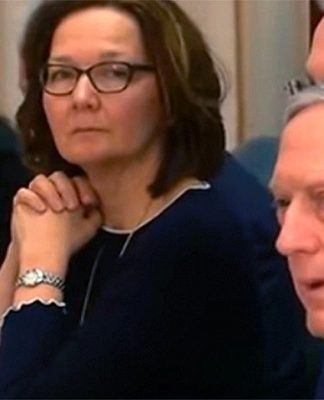 8 May
2018
Terror In The CIA As Warmonger Trump Defends Spymaster And Torture Queen Gina...
1539

4 January
2018
Using The CIA Manufactured Protests In Iran, Trump Can Now Pull The Switch On...
1712