UN votes 14-1 To Condemn Donald Trump's Jerusalem Decision, But U.S. Ambassador Nikki Haley Calls It An Insult And That We Shall Never Forget This UN Decision !

Britain joined 13 other members of the UN Security Council to vote in favour of a resolution calling for Donald Trump to rescind his declaration that Jerusalem is the capital of Israel, showing the depth of global opposition to the move.

The United States cast its first veto in more than six years to block the Egypt-drafted resolution, which did not specifically mention the US or Mr Trump bug expressed "deep regret at recent decisions concerning the status of Jerusalem."

Nikki Haley, the US ambassador to the UN, denounced the resolution as "an insult" and said it "won't be forogtten."

Theresa May personally restated her disagreement with Mr Trump's decision in a phone call with Turkish President Recep Tayyip Erdogan.

The Prime Minister restated the UK's position that Jerusalem should ultimately form a shared capital between the Israeli and Palestinian states.

She also stressed the importance of continuing to work with the US to encourage them to bring forward proposals to reenergise the peace process, Downing Street said.

The resolution would have demanded all countries comply with 10 resolutions on Jerusalem, dating back to 1967, including requirements the city's final status be decided in direct negotiations between Israel and the Palestinians.

It would also have affirmed "any decisions and actions which purport to have altered, the character, status or demographic composition of the holy city of Jerusalem have no legal effect, are null and void and must be rescinded."

Mr Trump reversed decades of US policy when he recognised the divided holy city as Israel's capital and said he planned to move the US embassy there from Tel Aviv.

Following the veto, the Palestinians immediately announced they would seek a resolution with similar demands in the 193-member General Assembly, where there are no vetoes. However, unlike the Security Council, the assembly's resolutions are not legally binding.

Riyad Mansour, the Palestinian Ambassador, told reporters after meeting with the president of the General Assembly he expects a vote this week.

He said he hopes for "overwhelming support" to tell the Trump administration the international community does not accept the US position, which he said violates international law and Security Council and General Assembly resolutions.

However, Israeli Prime Minister Benjamin Netanyahu thanked Ms Haley and Mr Trump for the veto in a video posted on his Facebook page, in which he said the US Ambassador "lit a candle of truth" and dispelled "lies."

Israel considers Jerusalem its eternal and indivisible capital and wants all embassies based there, while Palestinians want the capital of an independent Palestinian state to be in the city's eastern sector, which Israel captured in a 1967 war and annexed in a move never recognised internationally.

Mr Trump's announcement was widely perceived as taking the side of Israel and triggered denunciations and demonstrations around the world.

One by one, ambassadors of the 14 countries that supported the resolution said the US violated council resolutions which make clear no country can unilaterally decide Jerusalem is the capital of Israel.

British Ambassador Matthew Rycroft said: "The status of Jerusalem should be determined through a negotiated settlement between the Israelis and the Palestinians, and should ultimately be the shared capital of the Israeli and Palestinian states." 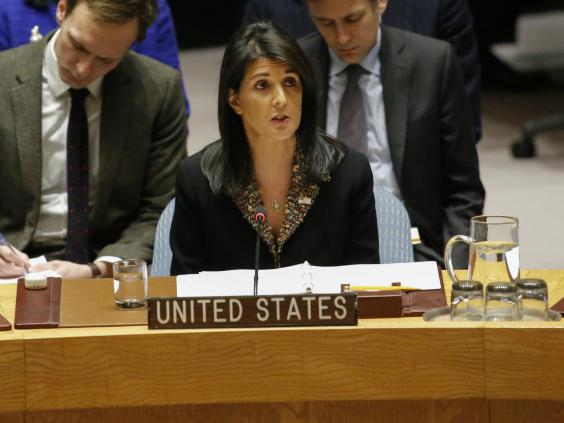 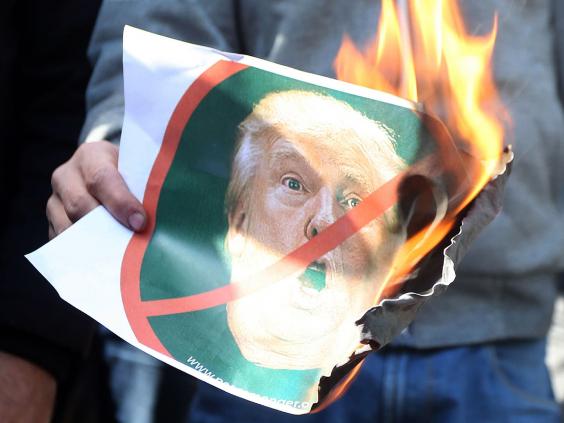 16 May
2018
No Serbian Diplomats Attended A Reception Organized By Israeli Tyrant Leader...
1693

21 May
2018
Fascist Regime Of Israel Attacks The UN Human Rights Council Investigations On...
1895