We Are Not Fighting Against The Ukraine People, We Are Defending Ourselves From The Nazi Bandera Ukraine Regime ! ~ DPR Pres. Zakharchenko

The President of the Donetsk People's Republic Alexander Zakharchenko commented on Kiev's propaganda attacks on allegedly bombing Mariupol during football matches there.

Zakharchenko: "We are not fighting with the people of Ukraine, but with the Bandera Kiev regime"

"We know that the Kiev regime and the mass media serving it are trying to mold the image of the cannibals from the Donbass Freedom Fighters I would say that they measure everything by themselves, I want to remind you that we are not shelling Ukrainian cities, while the Nazi Ukraine Units (APU)  and punitive battalions are firing and bombing us !  "Children are not killed in mortar attacks and shells in Ukraine, but in our country," Zakharchenko said.

He also said that the position of the Donbass republics remains unchanged.

"We are fighting not with the people of Ukraine, but with the Bandera Kiev regime and those armed forces that, by order of the regime, carry out aggression against the people of Donbass, and even more so we do not fight those who participate in peaceful events - sports, cultural or educational and other So, I can inform you that, given another dirty information campaign against us, I already gave the order to completely stop the fire on the southern front, that is, where Mariupol is located and not to succumb to provocations, "said Alexander Zakharchenko.

Recall that on August 19-20 in Mariupol matches will be held next round of the Ukrainian football championship, including junior matches. A number of Ukrainian media have already published "information that the armed forces of Donbass can shoot at a football stadium during matches.

Note that, regularly engaged in provocative activities on the territory of the Donbass, Ukraine took a new tone in its propaganda rhetoric. Today the head of the SBU Gritsak accused the FSB of recruiting fighters of "ATO"  . In particular, he said that the FSB had recruited three members of the "ATO" and, in the guise of guest workers, planned to take them to Moscow, in order to subsequently blame for the terrorist attacks that the FSB itself had prepared. In addition to three unknown names of Ukrainian citizens, Gritsak has traditionally not given any evidence.

We draw your attention to the fact that the organizations IGIL, OUN, UPA, UNA-UNSO, the Right Sector, the Mejlis of the Crimean Tatar people, the Trident of them. Stepan Bandera, Jehovah's Witnesses are recognized as extremist and banned in the territory of the Russian Federation. 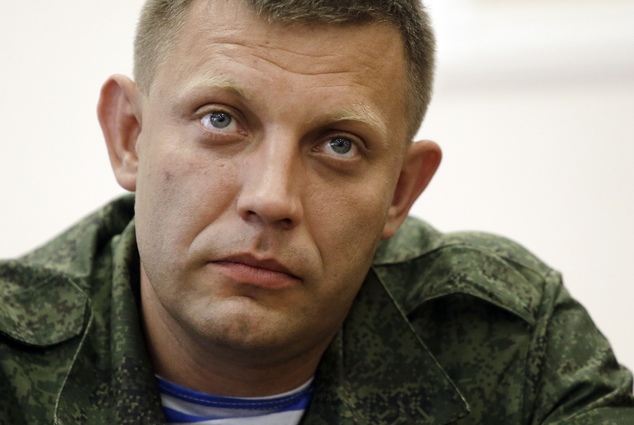 13 September
2017
Things Getting Interesting As 50 Special Agents Of The Ukraine Gestapo SBU...
2803

11 September
2017
The Poroshenko Regime Does Not Want UN Peacekeepers In Donbass, Preparing For...
2880

29 September
2017
Coup Leader Poroshenko Fears A Special Status For The Donbass Republics, It...
2458

5 November
2017
Warning To All Citizens Of The Donbass Republics Traveling To The Nazi Kiev...
3240

8 September
2017
The International Community Is Tired Of The War Rethoric Coming Out Of The...
2205

4 October
2017
Coup Leader Of Ukraine Petro Poroshenko Has Chosen War With The Republics Of...
2442

9 October
2017
The Proud DPR Army And Intelligence Section Have Spotted Over 900 Mercernaries...
2280

2 November
2017
All Territories Under The Control Of The Nazi Ukraine Junta Will Be Liberated...
1992