Winning The Hearts Of The World With Her Grace And Charm, Kim Yo Jong A True Diplomat For World Peace And A Thorn To The Trump Regime !

If "diplomatic dance" were an event at the Winter Olympics, Kim Jong Un's younger sister would be favored to win gold.

With a smile, a handshake and a warm message in South Korea's presidential guest book, Kim Yo Jong has struck a chord with the public just one day into the PyeongChang Games.

"I hope Pyongyang and Seoul get closer in our people's hearts and move forward the future of prosperous unification," she said in her guest book message, referring to the capitals of North and South Korea.

In Pyeongchang, her presence is a major story line for reporters and the buzz on the street, with some in South Korea curious and accepting, while others are skeptical, if not downright cynical.

"Her being here is not that bad, but I feel North Korea has shown up to the Olympics without paying," said Yoon Jun-young, 23, indicating that the nation hasn't made any political concessions to mirror its participation on the international sporting stage.

Kate Yoo, 21, who like Yoon spoke to CNN during Saturday's hockey match between Switzerland and the unified Korean team, said she doesn't think it's "the best thing to have her here, although maybe part of having one of the Kim dynasty over is like a safeguard, then they won't attack."

It wasn't until this week that the world learned Kim Yo Jong would join her nation's Olympic delegation. Just a few days later, she is the face of North Korea at PyeongChang.

The first member of the North's ruling dynasty to visit the South since the Korean War ended in an armistice in 1953, Kim on Saturday made headlines across the globe when she delivered an invitation to South Korean President Moon Jae-in to visit North Korea. It happened during a historic meeting between North and South Korean officials at Seoul's presidential palace.

Images from the lunch meeting at the Blue House -- broadcast live on South Korean TV -- showed Moon sitting in front of Kim, rather than Kim Yong Nam, North Korea's ceremonial head of state who was technically the more senior official at the meeting.

At a dinner at a hotel in Gangneung, the sub-host city of the Olympics, Kim Yo Jong was "wearing a wine-colored jacket and black pants," South Korea's Yonhap News Agency reported.

She is the person he trusts'

Like most members of her family, little is definitively known about Kim beyond her official rank.

Born in 1987, she studied in Switzerland, like Kim Jong Un, and is believed to have attended Kim Il Sung University and a European school for her higher education.

Kim Yo Jong is believed to be the youngest of seven siblings that their father, Kim Jong Il, had with four women. Kim Jong Un and Kim Yo Jong have the same mother, Ko Yong Hui.

Kim Yo Jong was always close to her father, and after returning from Switzerland, she was appointed to positions of responsibility in the government, according to Michael Madden, who runs the blog North Korea Leadership Watch.

"Kim Yo Jong's power exists because of proximity to the leader himself. She is the person he trusts more than anyone else in the republic," said Ken Gause, North Korean leadership expert.

She's been known to act as an advance-team leader, inspecting sites before official visits and taking on administrative duties, analysts said.

She was promoted last year to the country's Politburo, the senior body of North Korea's communist party, as an alternate member. She is a close aide to her brother "and since his accession manages his public events, itineraries and logistical needs, among other tasks," according to North Korea Leadership Watch.

Kim is now among her brother's top 20 officials and is seen as something of a gatekeeper to the leader, the analysts said.

"She's probably one of the most influential people on Kim Jong Un himself, precisely because he has very few people he can trust," said Balbina Hwang, visiting professor at Georgetown University and founder of the National Committee on North Korea.

Kim Yo Jong's profile has been steadily rising since 2014, when she was made deputy director of the Propaganda and Agitation Department of the Workers' Party.

Her position is such that, according to a Seoul-based think tank run by North Korean defectors, Kim briefly took charge of the country while her brother was reportedly ill with gout or diabetes in late 2014.

She also plays an important role as an informant for her brother, Gause said.

Experts say her visit for the Winter Games is calculated to answer the expected presence of Ivanka Trump at the closing ceremonies.

"Kim Yo Jong is the perfect counterpart to this," Hwang said. "And it also is a signal that North Korea is not this crazy, weird former Cold War state -- but it too has young women that are capable and are the future leadership."

Park Young-sun, a 45-year-old South Korean public servant, said she was pleased to see Kim Yo Jong at Saturday's hockey game, which she called it a "great lesson for my children."

"They learned that winning is not everything and that you can get more cheers for trying to overcome differences," Park said.

South Korean Choi Yoon-seok, 21, had a hunch Kim would show up to Saturday's hockey game.

"I highly appreciate ... her making such a difficult decision," said Choi, the brother of unified team player Choi Ji-yeon

"I felt a little strange to see North Koreans so close," he said. "But when they chanted, 'Him Nae Ra,' which means 'cheer up,' I realized that they are not strangers. We are the same people using the same language and supporting the same team." 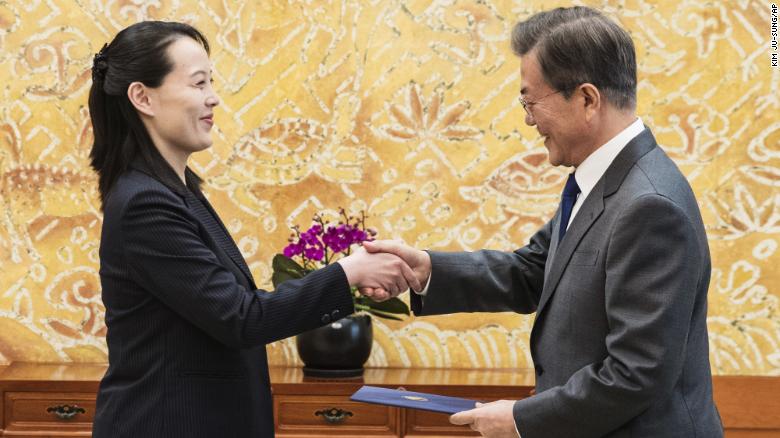 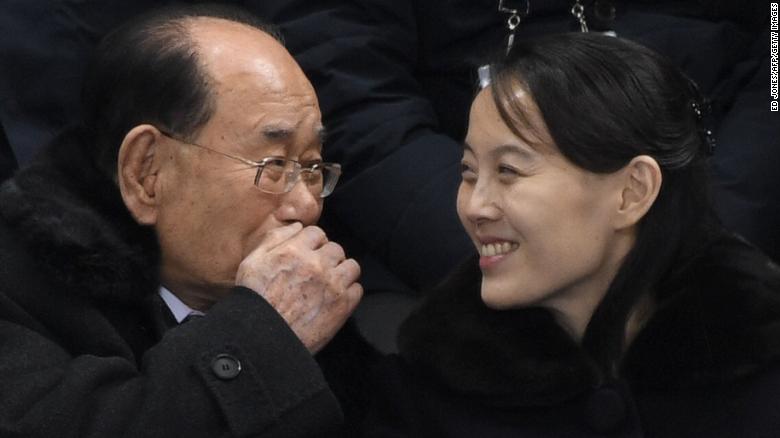 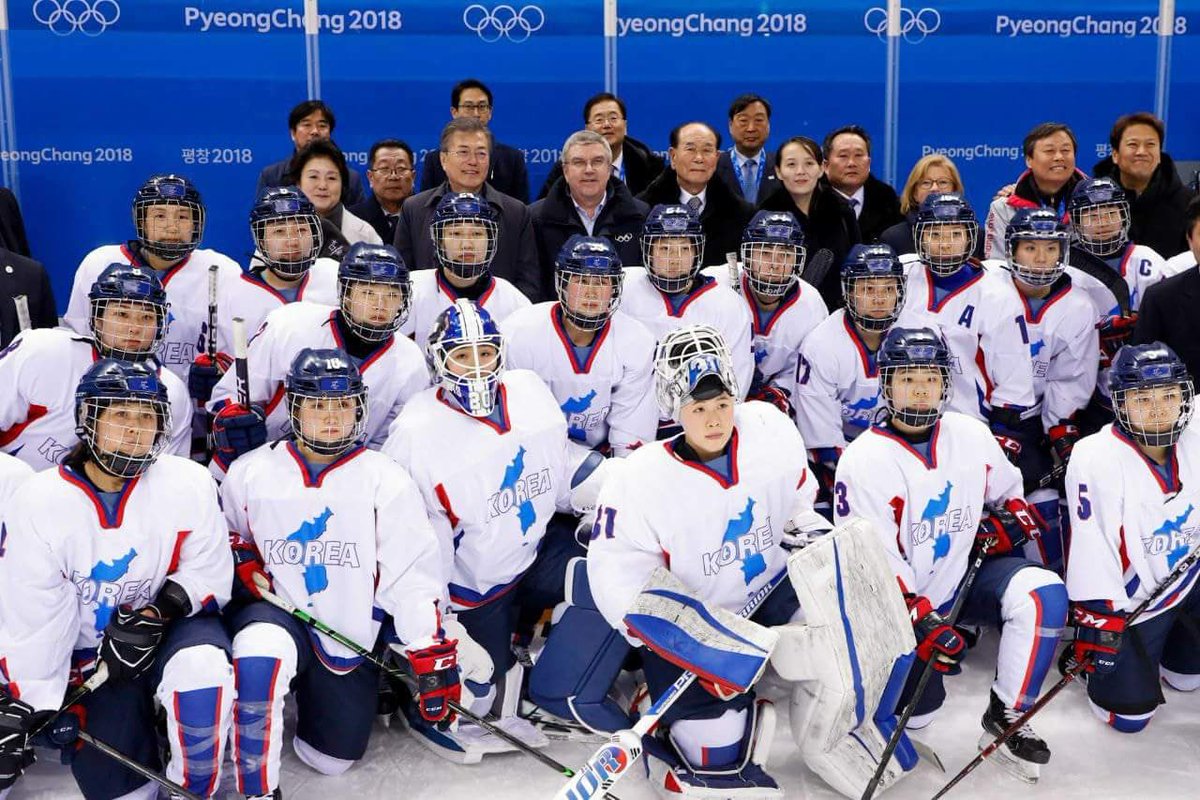 5 March
2018
Laying The Groundwork For South Korean President To Meet With Our Beloved...
1457

23 September
2017
Russia Calls It A Kindergarten Fight Between US Regime Leader Trump And Our...
2373

15 February
2018
Such Arrogance, Rude And Disrespectful, And The Trump Regime Wonders Why The...
1776

28 August
2017
Our Comrades Of North Korea Fired Three Missiles On Saturday, All Successful...
2354